The Examcraft Group in partnership with Freeman Contingent developed the new newly launched An Chomhairle um Oideachas Gaeltachta & Gaelscolaíochta (COGG) website (www.cogg.ie) which won the Irish Language category of the Eircom Spiders competition. They received their award at the Gala Awards ceremony in the Convention Centre.

COGG provides educational supports to Irish language schools and the website is the portal though which many Irish Language teaching resources are accessed. The Examcraft Group has partnered with COGG for nearly ten years to provide Irish Language mock examination papers, past papers, and maths resources for primary schools. 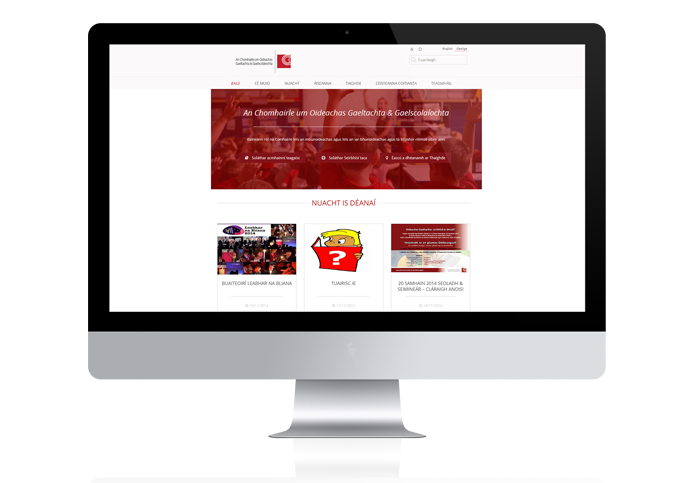 Logan McLain, lead designer, with The Examcraft Group, attributes much of the success of the project to the clarity of the client from the outset and also the partnership with Freeman Contingent. Logan says that, Muireann Ní Mhorain, CEO of COGG, knew exactly what she wanted to deliver to her schools from the outset, this being, a website:

The website created, is a simple interface to over four thousand resources which can be assessed with three clicks of the mouse. Logan adds, that the job of the designer “is always to convert the customer vision to a reality – in this case the clarity of vision made the designers job a pleasure”.  The project achieved a user-first, responsively designed website and online resource database that allows visitors, on any device, to quickly and easily get access to Irish language teaching resources. The new database also makes it much quicker and easy for staff to add new resources.

COGG CEO, Muireann Ní Mhóráin is delighted, saying the new websote “has made all the information so easy to find.  The design by Logan McLain of Examcraft is so clear that it is obvious what COGG does and the technology developed by Freeman Contingent is effective and easy to interface with.’’

Freeman Contingent suppliers and delivery partners of The Examcraft Group with a number of years.  Jack O’Connor, Operations Director who was there on the night to pick up the Spider with COGG and Freeman, says, “It was a tried and tested relationship which we knew would work from the outset. Merging the strong development skills of Freemen with the design and domain knowledge of 4Schools.ie meant that we were able to offer COGG a far broader range of expertise and a website which is built with the very latest web technology.” He says that they “are over the moon with the validation and recognition that this award brings to COGG, Freeman Contingent and ourselves” 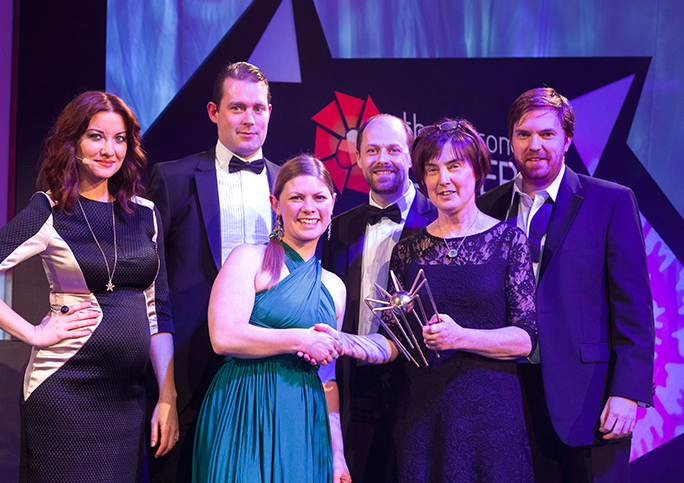